Fireworks Problem---Summary
​
"The Jefferson High junior varsity soccer team has just won the championship. To celebrate this triumph, the school will be putting on a fireworks display. The fireworks will be launched from the top of a school tower. The director isn’t concerned about cost, but he wants your help with the timing mechanism that detonates the fireworks, and he’s also worried about the safety of spectators." 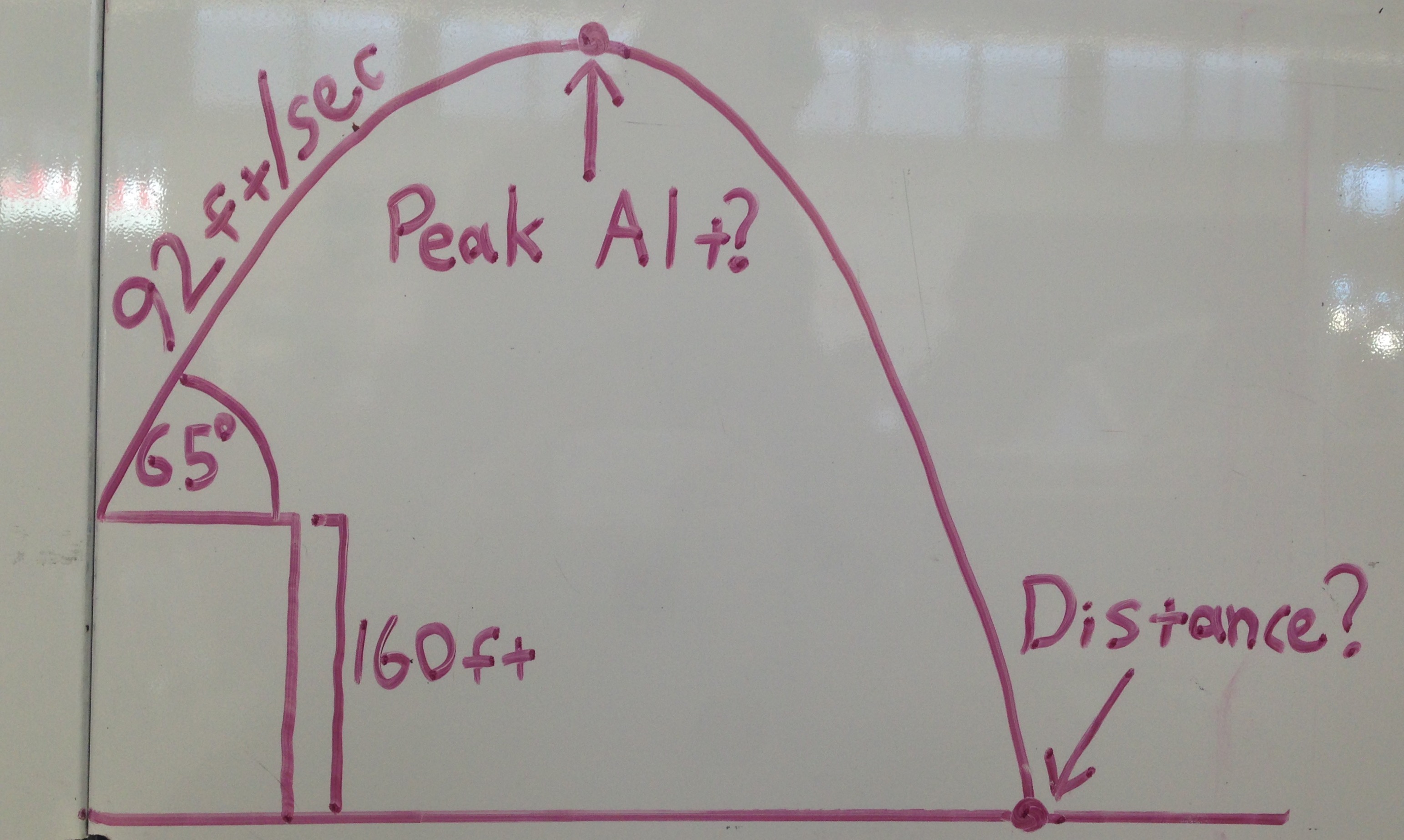 Some important questions that I had to begin with were:
-How are the given equations related to the fireworks situation?
-If not the spectators, who else could be in danger of fireworks debris?
-How does the firework detonation timing mechanism work?

Without having the mathematical tools to solve this problem, my first cracks at it were mostly based on my number sense. To find the peak altitude, I picked a time that I thought the firework might reach it's peak altitude, and plugged that value into the first equation. Next, I tried a time value that was higher than the first. If the altitude was higher than the last, I knew that the firework would still be ascending. If the new altitude was lower than the first, I knew that the firework would have started descending, and that it would have reached it's peak altitude at some point in between my first two times. In this way, I continued to deduce the firework's time of peak altitude until I had a solution at least down to the second decimal value. I used a similar "guess and check" method to find the approximate the horozontal distance of the fireworks.

Although it is possible to find the solutions this way, it was incredibly cumbersome. Mr. Carter used the fireworks problem to introduce our quadratics units to us in order to established the connection between mathematical quadratics and it's real world application.

After we had learned all about quadratics, Mr. Carter gave us the formula  -16t^2+92t+160, which could help us find the height of the fireworks at any given time. To do this, we had to convert this formula into factored form by plugging it into the quadratic formula.
ax^2+bx+c

The next step in finding the peak altitude was to find the midpoint between the two x-intercepts.

The midpoint is also the x-coordinate of the parabolas highest point. Now that we had the midpoint, the only thing left to do was plug the midpoint into the original standard form equation. 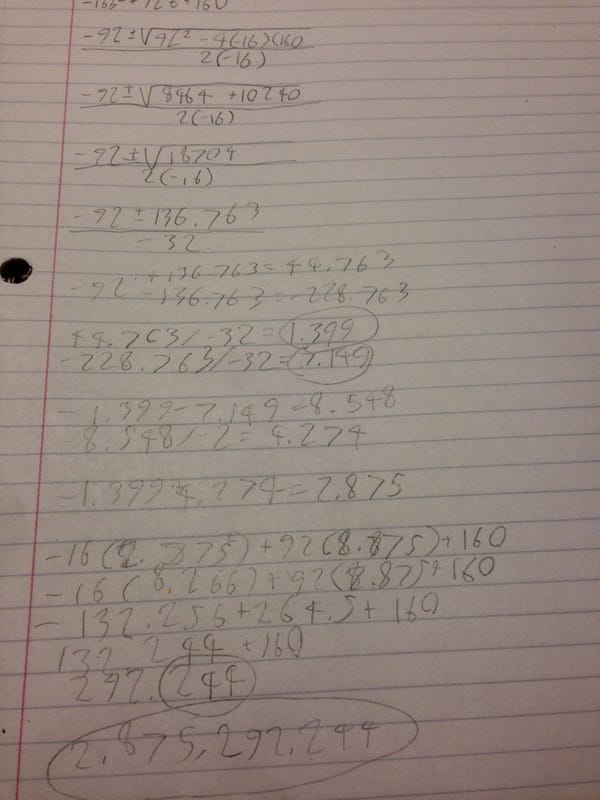 This is some of the written work that I did in solving for the peak altitude.
Next, we had to determine where debris from the exploded fireworks will land. To do this, we used another equation.
The formula  92t   could help us find the horozontal distance of the fireworks given time t.
tan65

The time at which the fireworks touch down is equivelant to the x-intercepts. Since we had already found these, this part was easy. We just needed to plug in both times into the equation for distance. 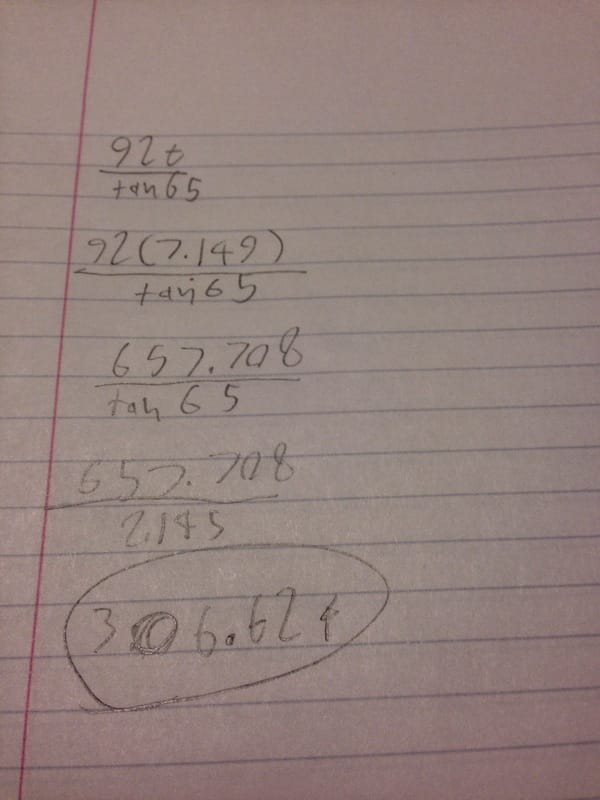 This is some of the written work that I did in solving for the horizontal distance.
Fireworks Problem---Evaluation

I liked the fireworks problem because it was interesting to learn the connection between mathematical parabolas and the real-life trajectory of the fireworks. I feel that I understood the quadratics unit which is also a reason why I enjoyed doing this problem.

The fireworks problem was difficult for me at times. This gave me the opportunity to practice working with my group, which was a good thing because I do not naturally like to collaborate on math problems.