Introduction
MUN stands for "Model United Nations". MUN is not unique to HTHCV. In fact, many schools around the world do it every year. In MUN, students represent a nation and debate with fellow delegates over a chosen topic. The topic for our MUN was the Syrian refugee crisis. I represented the country of Syria. The reason we did the MUN project was so that we could get some simulated UN diplomacy experience.
My country: Syria
​This is where Syria is located on a map: 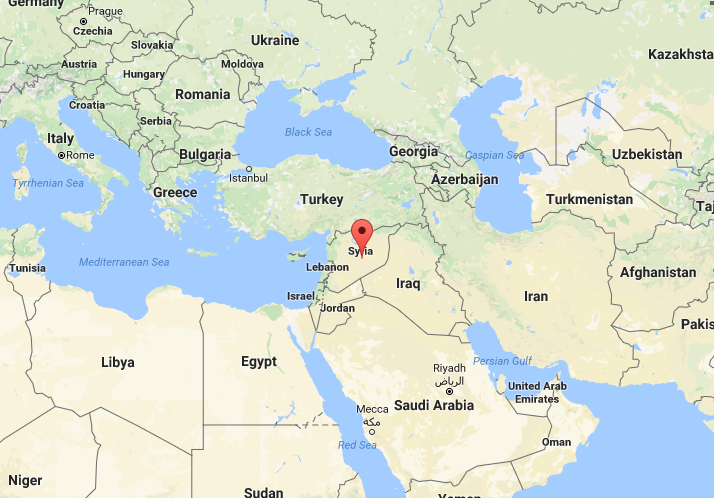 Syria is currently lead by President Bashar al-Assad, who has reigned--in succession of to his father--since 2000. Syria's government is a presidential unitary system, which means that the country is governed by a single branch of power, with president as the head of the branch.

The Syrian refugee crisis is a result of the ongoing civil war in Syria. The Syrian civil war began as a series of protests against the government, which soon escalated into a full-blown war. Syria's current stance on the crisis is focused on defeating the rebels.
Preparing for the Conference
In preparation for the MUN conference, we had to do a lot of research so that we would be well-educated on our country and their involvement in the crisis. Of all the articles that I came across, I found this one to be the most useful. The article gave lots of information regarding the Syrian rebels. Since my stance in the MUN conference had to reflect that of my country, this article was very helpful in convincing others that the rebels were the enemy. I learned that Syrian rebels can be very cruel towards government-supporters.
Position Paper
The position paper was an essay about our country's stance on the issue at hand--the Syrian refugee crisis. Here is mine. The main piece of criticism that I got on my first-draft position paper (mainly from the other Syrian delegates) was that I didn't appear to be imitating the point-of-view of my country. In the end, I made a few adjustments to my paper so that it expressed more distaste for the rebels. I am proud of my position paper because I believe that it strikes the balance between favoring my country's views and favoring diplomacy and the values of the real UN.
Opening Statement
At the beginning of the MUN conference, each country stood at the front of the assembly and read a short paper which expressed their stance on the debate topic. The opening statement differs from the position paper in that it is meant to be shorter and more vague. Here is my opening statement. The criticism that I got on my opening statement was similar to what I got on my position paper--that I should more accurately portray the views of my country. The criticism that I got was helpful because it improved the dynamics of the conference in a way that we could have never achieved if I didn't stand up for what my country believed in. If I were to do the MUN conference again, I would do more thorough research and urge other countries to speak more.
The MUN Conference
During the conference, I was most proud of my participation and contribution of ideas. I feel that myself, USA, Italy, Germany, Greece, Iraq, Australia, and Turkey are the delegates who spoke most. Concerning the assembly as a whole, I am proud of how many of us spoke out and eventually reached a viable resolution. If I were to do the MUN conference again, I would introduce a speakers list so that quieter delegates would be obligated to share their opinions. That way, more ideas could be included in the conversation, which would have made the conference a whole lot more interesting. Next year, I (again) wish that more delegates would speak frequently, rather than having only a few people converse between each other.
A Key Moment in the Conference
A notable moment occurred on the second day of MUN. Just as the assembly was beginning to agree upon a resolution, several delegates raised their placards and announced their sudden opposition of the in-favor resolution. I, and several others in favor of our resolution, were extremely shaken by these seemingly random turn of events. We later learned that some of our fellow delegates were urged by the chair members to change sides in the debate to simulate the type of disagreements that would occur in the real UN. I guess our conference was going too smoothly, so the chair wanted to shake it up a bit.
Photo Gallery 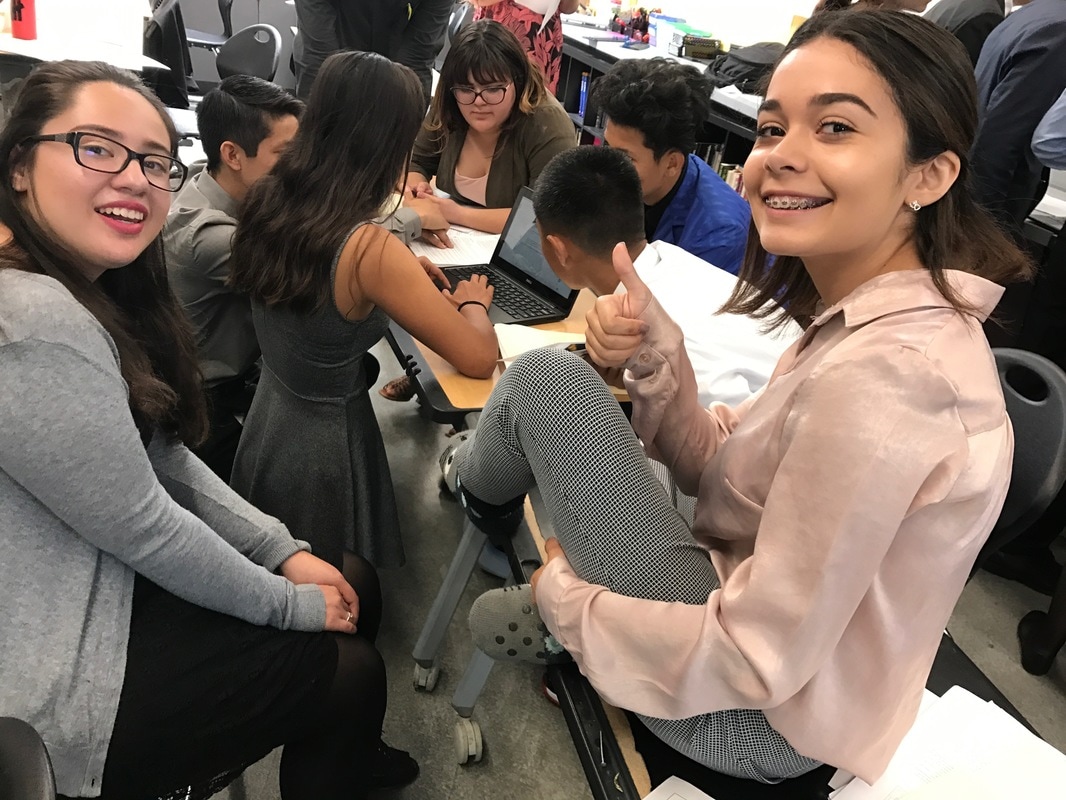 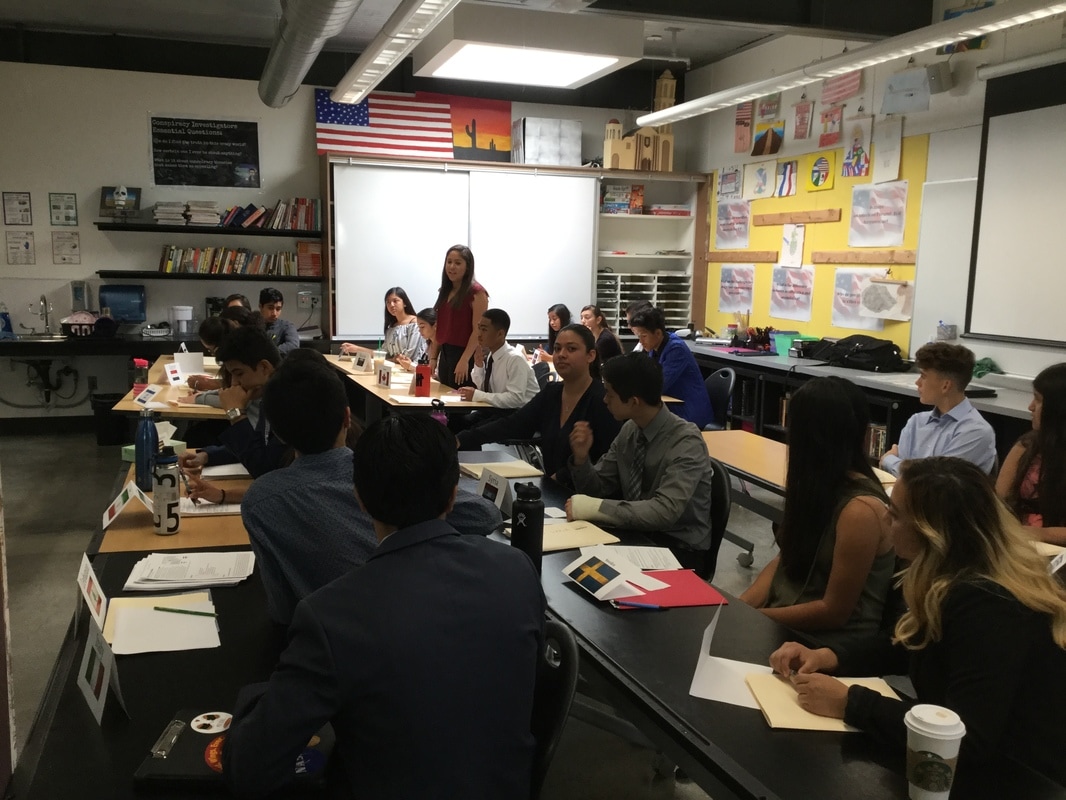 Canada (Trinity) addresses the council during one of our moderated caucuses. 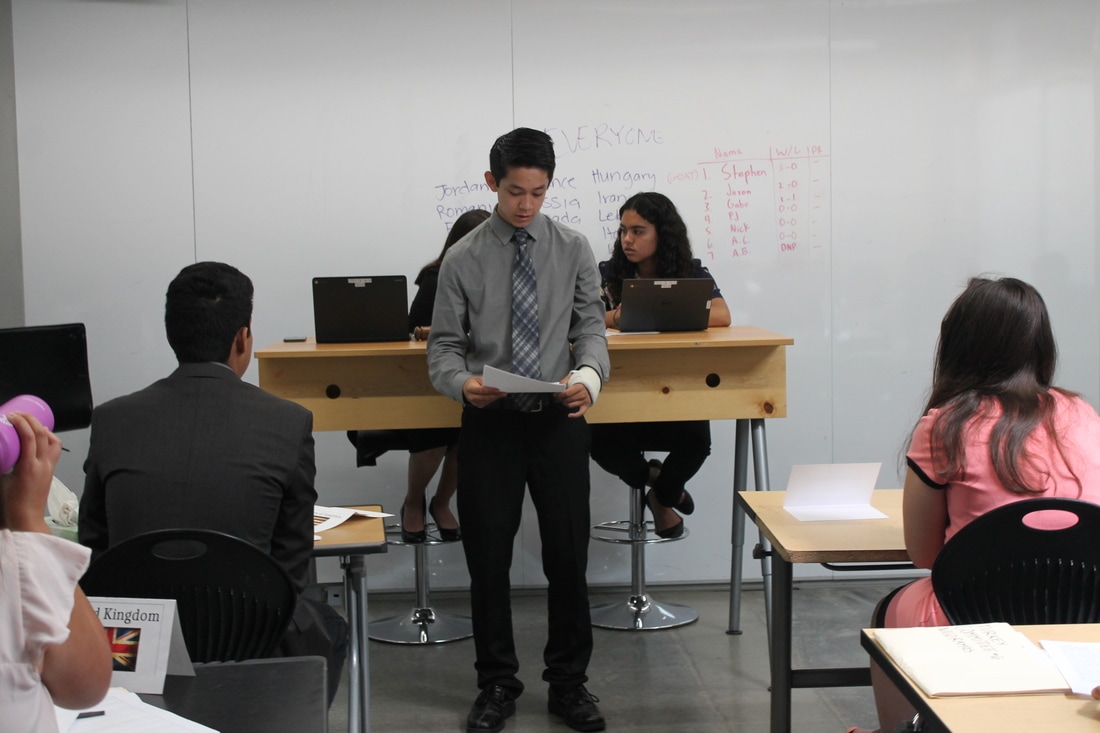 Syria (I) make my opening speech on day one of MUN 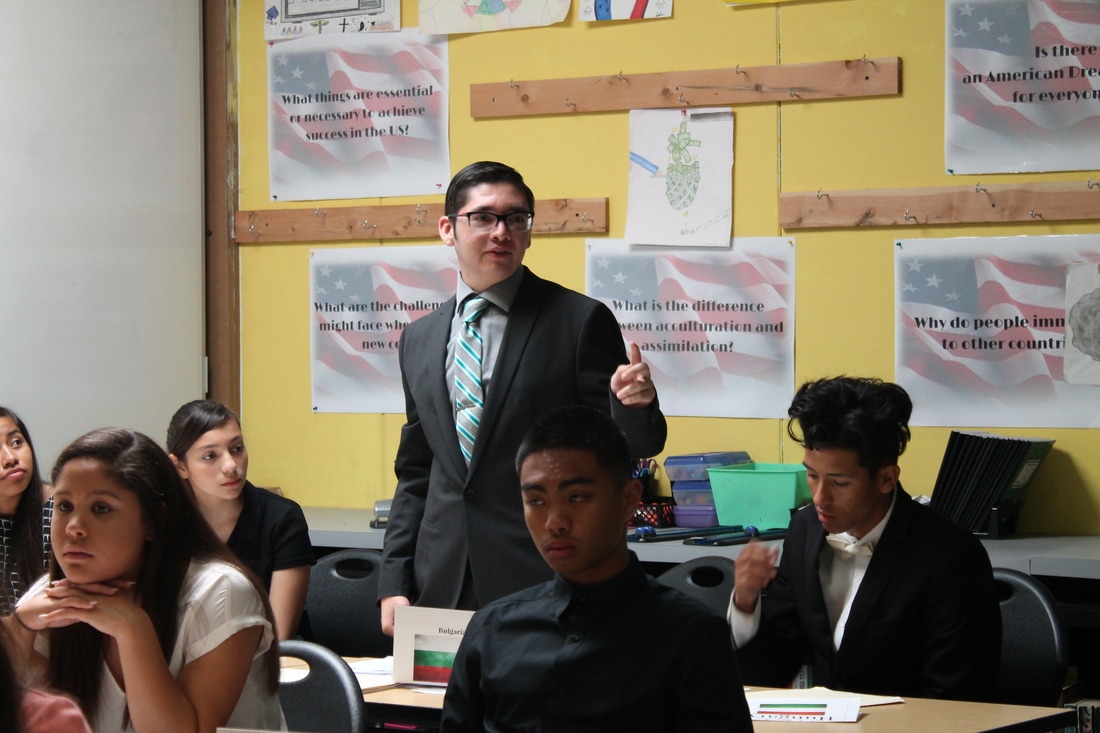 Bulgaria (Cody) presents an argument to one of his MUN opponents on the other side of the room. 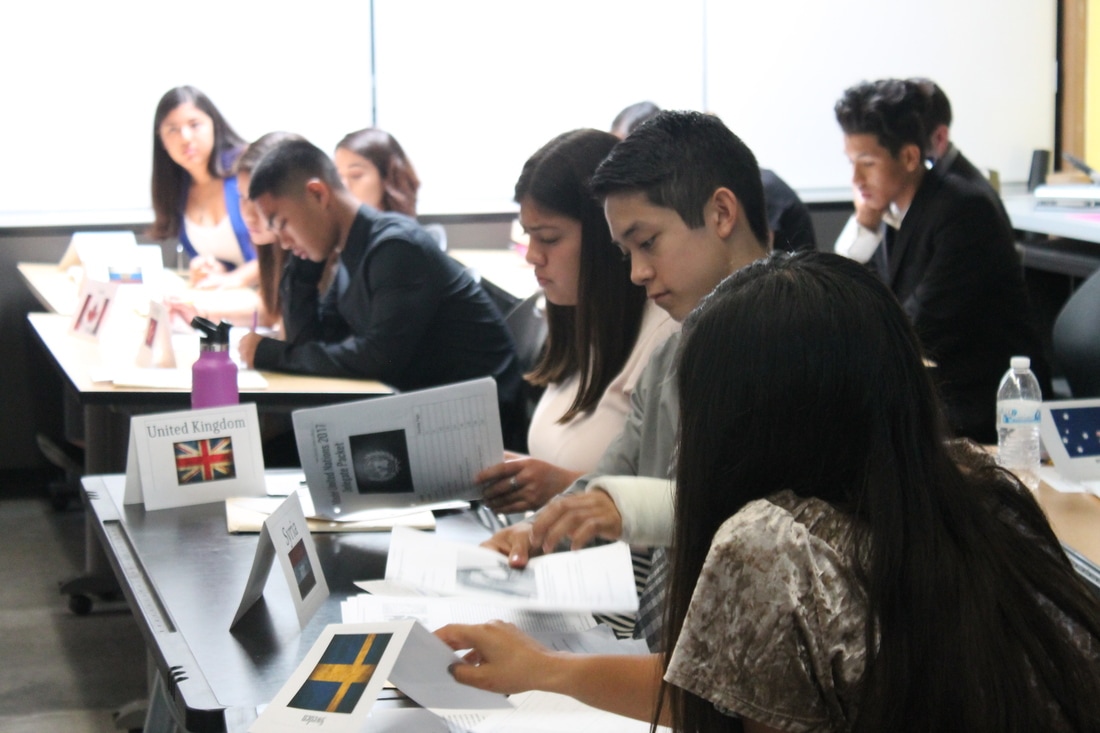 A row of MUN delegates review their notes during an intermittent period on day one of MUN.